Recently, I was watching a documentary about the controversial Swiss author, Erich von Daniken, who wrote the best selling book Chariots of the Gods. In his 1968 book, von Daniken asked the question, was the earth visited in the past by extra-terrestrials? His provocative ideas have become known as Ancient Astronaut Theory and is now a world wide phenomenon with conventions, an entire genre of books and films, and the impetus for the History Channel’s top rated show “Ancient Aliens“. Although the concept is far from revolutionary now, when the book came out 50 years ago, it was attacked on every front from the scientific community, and so was its author. What surprised me about the special, was that von Daniken welcomed his critics and even went on to say that they helped make his case stronger.

In a world of attacks and counter attacks and never admitting one is wrong or giving an inch, it was refreshing to hear someone say, “Sometimes I was wrong“. Erich von Daniken shares an example of an “ancient pole” that he found in India. The local people told him it had been there for centuries and had never shown a sign of rust. Intrigued, he included it in his book as an example of possible alien technology. Not long after, von Daniken noted that “the damn thing started rusting!“. It was a learning experience for him and he also noted that several other of ideas did not hold up. However, his book was not intended to give answers, but to pose questions, explore new ideas and possibilities, and to question the status quo. He often refers to the fact that his book has over 200 question marks in it. He wasn’t claiming to be the expert, but he was questioning the experts. His openness to critics is something that actually allowed dialogue and the discussion of new ideas and not “camp mentality”. When laughed at, von Daniken would often refer to the German philosopher, Schopenhauer, who said there are three stages for any new idea. In the fist stage everybody laughs at it. In the second stage, nobody wants to talk about it. In the final stage, everybody says, “Oh, we always thought that!“.

As educators, we can learn from Erich von Daniken. We can explore new and original ideas even if they go against the status quo. We can ask provocative questions of ourselves and others. We can embrace our critics as those who help us refine our ideas and practices and can even help make us stronger. In an age where it’s heresy to admit a mistake or show weakness, it’s the truly confident and wise person who can be receptive to new ideas, reflection, and even criticism. Our profession and our students deserve educators who are willing to question ideas and have their ideas questioned. In the end, it makes us all stronger and better!

“The need to be right all the time is the biggest bar to new ideas.” – Edward de Bono

“I’m fascinated by the truth – all the different versions of it.” – Martin Henderson

Click this link to listen to “Educate The Heart” podcast 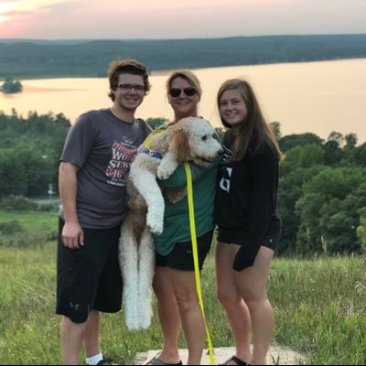