Early in the summer, I was invited on a golf outing with some work friends. It was an overnight two day event with 72 holes of golf. Now for those of you unfamiliar with the sport, that’s a lot of golf! I average about three times a year on the golf course and the most I had ever golfed in a day is 18 holes. The average golf score for 18 holes is 100 (according to Google). I average 126. That means I would be swinging the club 104 times more than the average golfer during this outing. And most of the people were above average. I had said yes to the opportunity, because I like to socialize and spend time with my colleagues, but quickly began to regret my decision when I thought about the actual event. I was concerned that I would be the worst golfer of the group and I also worried that my chronic back issues would flare up during the trip and leave me incapacitated.

The closer the date came, the more nervous I became. I even considered trying to find an alternate to take my spot for the outing. The morning of the trip I was a bundle of nerves. I was about to embarrass myself in front of my colleagues and also people that I didn’t even know. The day was long and I played with various teams. I quickly found that each team had strong golfers and average golfers. I didn’t fit into either of those groups, but each team I played with was very forgiving and helped me to focus on having fun and not the score. As we finished our last hole for the first day, we golfed near the area we would be having our BBQ dinner for the evening. I somehow managed to hit my ball in the air, landing right on the grill as some poor person was cooking. Fortunately, for me he had a good sense of humor and soon we were all laughing about the one in a million grill shot! By the end of the trip, I had made a few new friends and enjoyed my time with my colleagues. There was no doubt that I was the worst golfer on the trip, but it didn’t seem to matter. From best to worst, we were all part of the same group and had made some fun memories on the course.

As educators, we often talk about the importance of risk taking and trying new things, but are we modeling that for our students? When was the last time you tried something, knowing that you might not be successful? When was the last time you said yes to an opportunity that made you a little nervous? When I see the 26.2 stickers on people’s vehicles, I don’t wonder if they were the fastest or slowest runner. I just admire them for completing a marathon. In school, it doesn’t matter if all of the things we try are successful. What matters is that we are innovators with a desire to continuously improve. Innovators sometimes fail, but they learn from their mistakes and apply that knowledge. We don’t grow without risk. The next time an opportunity presents itself, take the chance and say, “Yes“! It’s not about whether you are the best or the worst, it’s about being a part of the action rather than sitting on the sidelines. 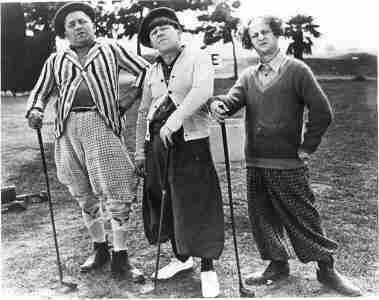 “I know I am getting better at golf, because I am hitting fewer spectators.” Gerald R. Ford

“I have a tip that can take five strokes off anyone’s golf game. It’s called an eraser.” – Arnold Palmer 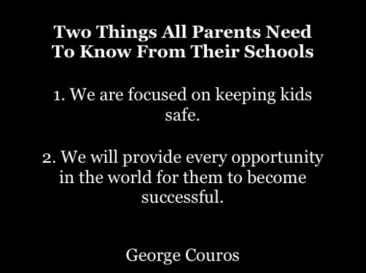